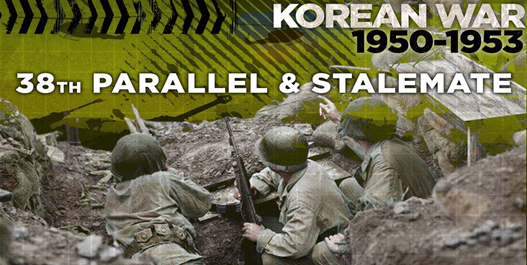 After World War II, the geopolitical tension of East Asia, especially the Korean peninsula became critical. The beginning of the Cold War between  two different ideologies of Communism and Democracy was eventually visualised through the military conflict of the Korean War (1950-1953). The United Nations (UN) dispatched soldiers from sixteen countries as well as medical support from six nations. Then, what is the relationship between the United Nations and the Korean War? Which countries were involved in the war? What were the political and international issues? How was the war seen to outsiders? What kind of grassroots narratives did the soldiers, families and Koreans have?

The aim of this conference is to explore the involvement of the United Nations for ‘the Forgotten War’ through the various case studies of individual, group, or nation. The theme can be analyzed in a multidisciplinary approach of history, politics, anthropology, sociology, war strategy, human movement, medicine, refugee, POWs, Busan studies, unification policy, education, and human rights. If you are interested or your current research is on the subject or relevant to the Korean War, we invite your paper for the international conference in 2022.

Please send your abstract or panel proposals to David W. Kim (davidwj_kim@yahoo.co.uk) including the following information:

Proposals for panels of 3 or 4 papers must include the above information for all papers and a brief description of the panel itself of 100 words.

There will be limited burary for some accepted doctoral candidates and early career researchers ($100-$300 each) as well as award for two best papers ($500 each). The bursary and award will be given away after conference.

The selected papers (in a blook volume) will be published by the Cambridge Scholars Publishing in UK.